Tavan Shahidi (22), of Ames, was northbound on 242nd Avenue and failed to complete the turn onto 182nd Street.  Shahidi was driving a 2014 Ford F-150 when he lost control and collided with a tree and two garages.  He was transported by ambulance to the hospital with serious injuries.  The F-150 was considered to be totaled and the garages received considerable damage.

Shahidi was charged with:

The DCSO was assisted on the scene by the Arnolds Park PD, Milford PD, Milford Fire and Rescue, and Lakes Regional Healthcare Ambulance.

All persons are presumed innocent until proven guilty in a court of law.

DCSO investigated a motor vehicle accident that occurred at approximately 7:37pm on May 18 at a residence on Paula Lane in the East Okoboji Beach area, rural Spirit Lake.

A 2006 Chrysler, resting on jack stands, was struck by a 1998 Pontiac driven by Shyanne Delgado (27) of Spirit Lake. The Chrysler was knocked off of the jack stands and fell onto Jarred Snedeker (28) of Spirit Lake. A bystander was able to place a jack under the car and lift it off of Snedeker. Snedeker was transported by ambulance to Lakes Regional Healthcare with incapacitating injuries and later transferred to Avera-McKennan Hospital in Sioux Falls.

All persons are innocent until proven guilty.

Luis Lopez-Carabello (46), of Estherville, was traveling northbound on N14 in the 1700 block of N14 in a 2002 Chevrolet 2500 Express Van pulling a trailer.  Lopez-Carabello crossed the centerline a collided head-on with another vehicle going southbound.  The van and trailer ended up rolling over and blocking the roadway.  Lopez-Carabello was trapped in the vehicle and had to be extricated.

Shane Gailey (30), of Fort Dodge, was traveling southbound on N14 in a 2019 Ford F150 with a dirt bike in the bed of the truck.  When Gailey was struck by Lopez-Carabello, Gailey’s vehicle ended up in the East ditch.

Gailey complained of pain but did not sustain any obvious injuries.

Both vehicles were considered totaled.  The accident remains under investigation and additional charges are expected. 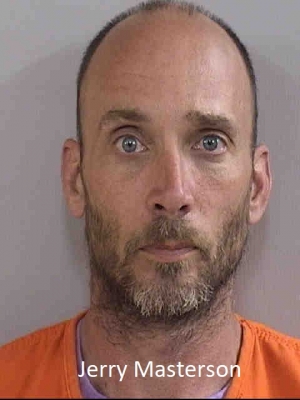 On April 22nd, 2020 at around 7:32pm, the DCSO was notified of an active pursuit in Osceola County.  The pursuit was eastbound on 170th Street heading towards Dickinson County.  It initially began in Worthington, MN by the Worthington Police Department.  The pursuit exceed 100 mph at times.  When the pursuit entered Dickinson County, the driver lost control of the vehicle when the road switched from pavement to gravel.  The vehicle entered the North ditch and rolled coming to rest on its roof.

Jerry Masterson (46), of Evansville, Indiana, was operating a 2000 Buick Century.  It was later determined that the vehicle had been reported stolen at Wal-Mart in Boone, Iowa earlier that day.  Masterson was checked out by paramedics and released to the Deputy.  Masterson was then placed under arrest and transported to the Dickinson County Jail.

All persons are presumed innocent until proven guilty in a court of law.

On April 21, 2020 at around 9:55am, the DCSO responded to a vehicle in the ditch near the intersection of 160th Avenue and 250th Street.  When the deputy arrived on scene, they noticed a male sitting in the vehicle.  The male was identified as Micheal Menard Jr (38) of Spencer, IA.

Menard Jr has since been released from jail.  The DCSO was assisted by Boji Towing and Recovery of Milford.

If you are heading out to a St. Patrick’s Day celebration this year, make sure you have more than just the luck o’ the Irish on your side.  This holiday, March 17, 2020, is one of the biggest drinking nights of the year and this, unfortunately, means more impaired drivers on the roads.  Drunk driving accounts for nearly one-third of vehicle related fatalities in the United States.  Nationally, in 2018 alone, 73 people (39% of all crash fatalities) were killed in drunk-driving crashes over the St. Patrick’s Day holiday period and 33% of the pedestrians aged 16 and older killed in crashes had a blood alcohol concentration (BAC) at or above .08.  In 2019 in Iowa, there were two crashes over the holiday which killed four people.

To combat the increased impaired driving around the holiday local law agencies will be stepping up traffic enforcement March 14 – 17, 2020.  Officers will especially be watching for drunk and drugged drivers and anyone not wearing seat belts.

Drinking and driving should never be combined.  It’s essential to plan a sober ride in advance if the holiday celebration will include alcohol.  The alternative could change your life, not to mention the lives of your passengers, pedestrians, or other drivers and passengers nearby.  Celebrate St. Patrick’s Day responsibly!

The Iowa Department of Public Safety and the Governor’s Traffic Safety Bureau remind you, driving while impaired is illegal!

If you feel different, you drive different! 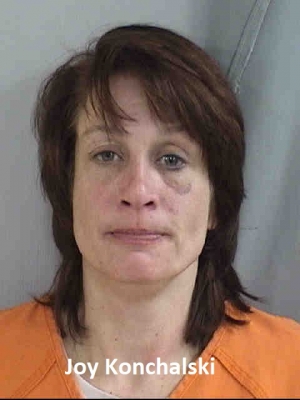 On February 7th, 2020 at around 6:55pm, the DCSO received a call in reference to a vehicle, on Highway 71 in the 3100 block, going northbound in the southbound lane at a high rate of speed.  The reporting party advised that the vehicle crossed over into the northbound lane and turned its lights off.  The vehicle then turned east on 250th Street.  It was then reported that the vehicle wrecked in the 2300 block of 250th Street.  The reporting party advised that one person exited the vehicle and went towards a tree line.

The Dickinson County Sheriff’s Office investigated an injured dog that was found to be running along a highway, near Superior Iowa on January 7, 2020.  A Sheriff’s Deputy found the dog and picked it up.  Being obviously injured, the dog was taken directly to the Dickinson County Vet Clinic under impound through the Humane Society.  The Veterinarian was able to determine that the dog had been shot with a firearm.

The Sheriff’s Office investigation found that the dog was at the residence of its owner, Dennis and Connie Mart of rural Terril.  The dog had bitten a person on 1-7-20 and had a history of biting people on that property unprovoked.  They attempted to put the dog down on their farm by shooting it with a rifle.  The dog was not killed in the attempt and escaped.  The Marts attempted to find the dog after it escaped.  Once they learned that the dog had been picked up, contact was made with the Sheriff’s Office.

Mart was cited for not having the dog’s rabies vaccination up to date.

The holiday season is known for celebrations and traditions, but it is also known for being the deadliest season when it comes to drunk and drug-impaired driving.  Iowa Law Enforcement across the state will partner with the U.S. Department of Transportation’s National Highway Traffic Safety Administration (NHTSA) this holiday season to remove impaired drivers from the roads and help save lives.  From December 13, 2019 to January 1, 2020, motorists will see an increased presence of law enforcement.

As we prepare for festivities with family and friends, the Governor’s Traffic Safety Bureau wants to remind all drivers of the dangers of driving impaired.  You have to choose your role before the celebration begins.  Will you drink, use drugs or will you drive?  Remember, even if you have a little bit to drink, you could still be over the legal limit.  Whether the drug is legally prescribed or illegal, driving while drug-impaired poses a threat to the driver, vehicle passengers, and other road users.  Remember….if you feel different, you drive different! 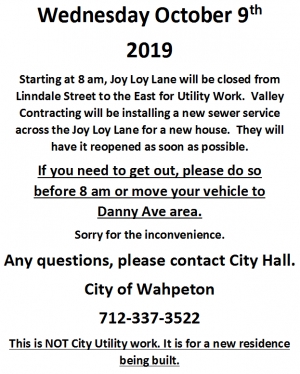